Love your Country and be proud to be an American! I certainly do! My favorite part of July is going to Holiday Valley and seeing the Buffalo Philharmonic Orchestra play all of the military theme songs. While they are performing, the conductor asks for the members and retirees of each branch to stand and be acknowledged during their theme song. Not an eye is dry during that beautiful gesture of appreciation to all of the military troops. I often look to the sky and thank God for the freedoms and pleasures I have because I live in the USA!!!

As a counselor and former teacher, I am grateful for the opportunity to say the Pledge of Allegiance daily as a part of our morning announcements. All students and staff are expected to stand and most often do. A few years ago, I had one student sent to me after he refused to stand during the pledge. I was less than pleasant to him and let him know the very freedom he is trying to exercise is due to his being an American. The student was obstinate and I was not giving in about his need to stand for the pledge. I was very vocal and demanding and gave, what I felt, was an award winning speech to him on why he should value what the flag represents. I was gratefully surprised that no parent or administrator admonished me for my harshness towards this young man's act of defiance. I received Kudos from his teacher and the several staff members who worked in my office area and heard my lecture. There are many things I tolerate in this country, but not saying the Pledge of Allegiance in a school, is not one of them!

I am proud to be an American and hope you are, too. Thank you to all who have served or are presently serving in any branch of service in the USA. I am forever grateful for your sacrifices and hard work! God Bless!
Posted by Mind Over Matter (M.O.M.) at 11:56 AM No comments: 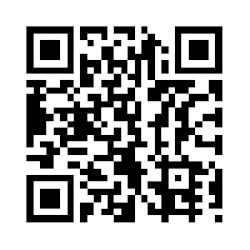 Believe you can ride!!!